The Port of Tyne Commission Part 2 The River Tyne Pageant: 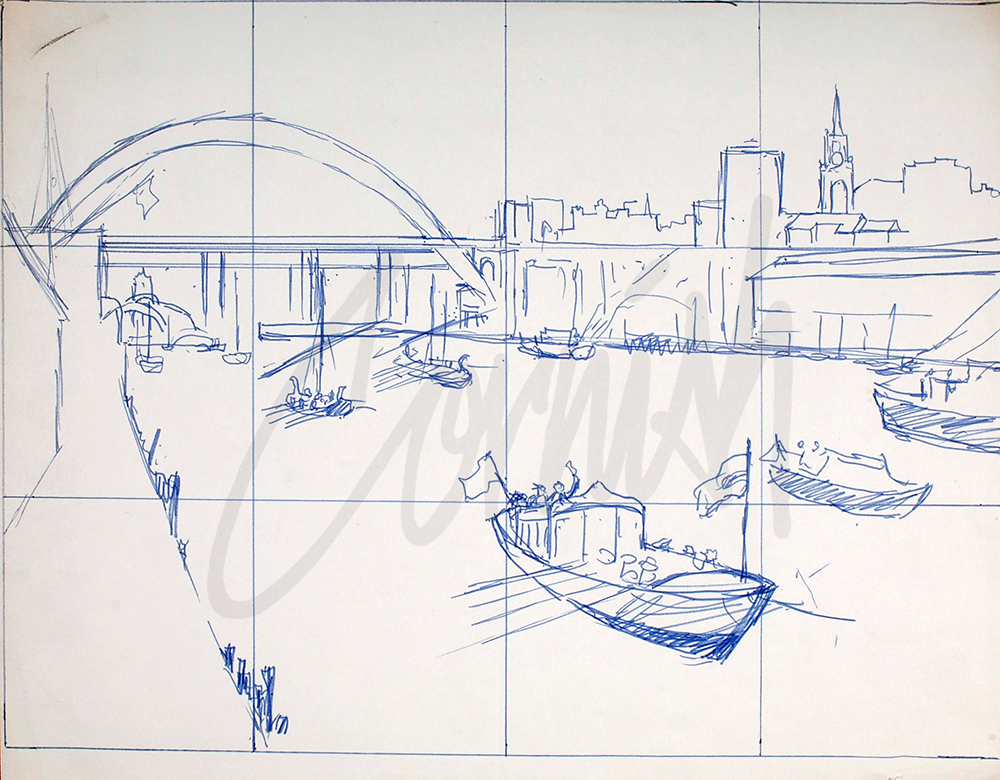 The Port of Tyne Commission Part 2 The River Tyne Pageant:

The Port of Tyne Authority was delighted with the outcome of the Ro Ro commission as it came to be known by the family of the chairman Gordon Carr CBE. Shortly after the painting was delivered to the HQ in Tyne Dock, Cornish received a direct, second commission, from The Port of Tyne Authority to record the River Tyne Pageant – a celebration of 900 years during the summer of 1980.

It was essential during this commission that Cornish was able to paint a topographically correct cityscape with an accurate record of the architectural features of the quayside. Cornish once again undertook a number of visits to the riverside area to complete detailed drawings of the buildings. During the actual Pageant he had to work quickly to record the events on the river including the chairman Gordon Carr CBE waving from his vessel near the centre of the painting.

Both paintings were hung in the Port of Tyne Authority boardroom alongside celebrated marine artists John Wilson Carmichael (1800-1868) and Frank Elgernon Mason (1875-1965).

Following an extended period of research to locate the works, both paintings were exhibited for the first time as part of The Definitive Collection at The Bowes Museum during his centenary year. The paintings are now very kindly on long term loan to the University of Northumbria Permanent Collection. 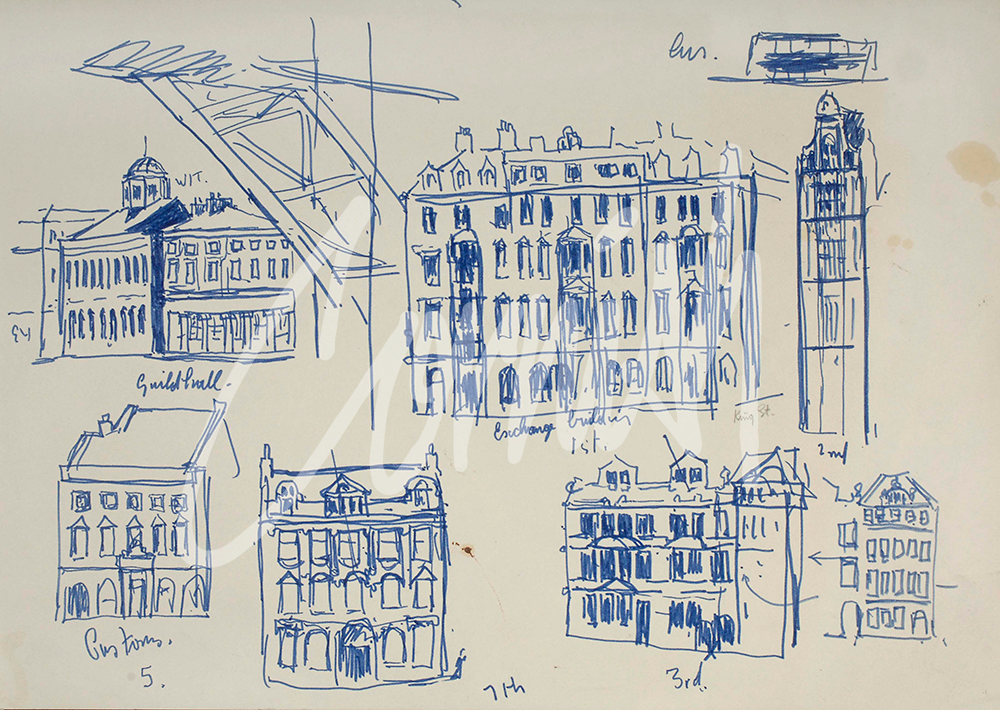 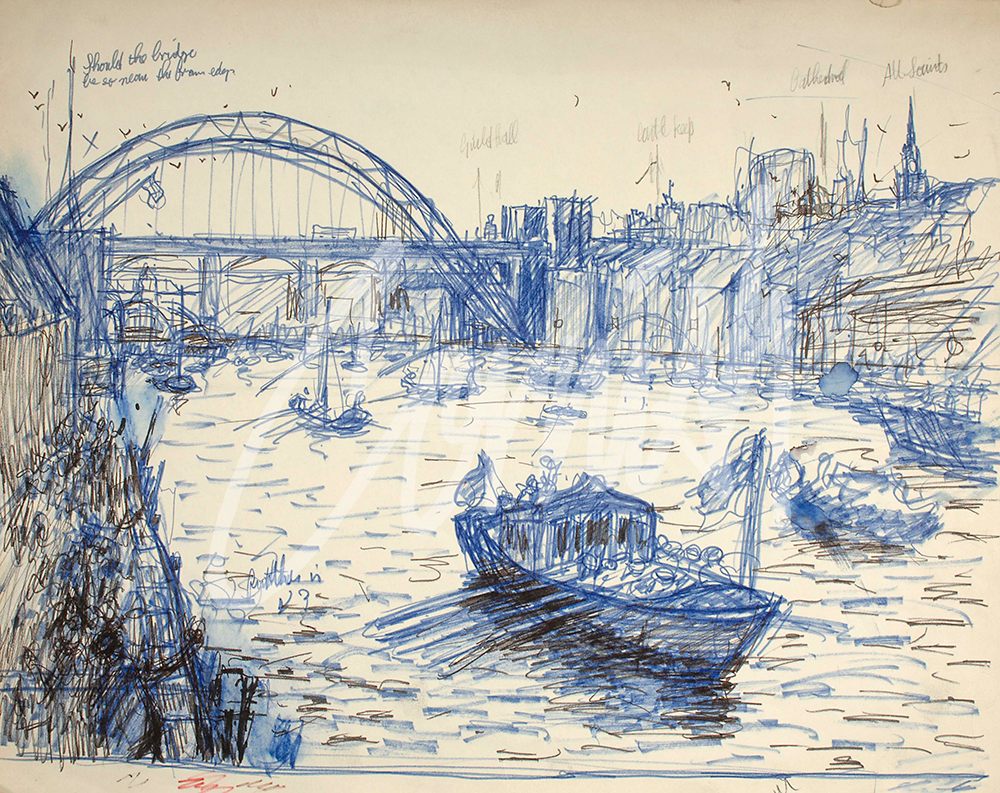 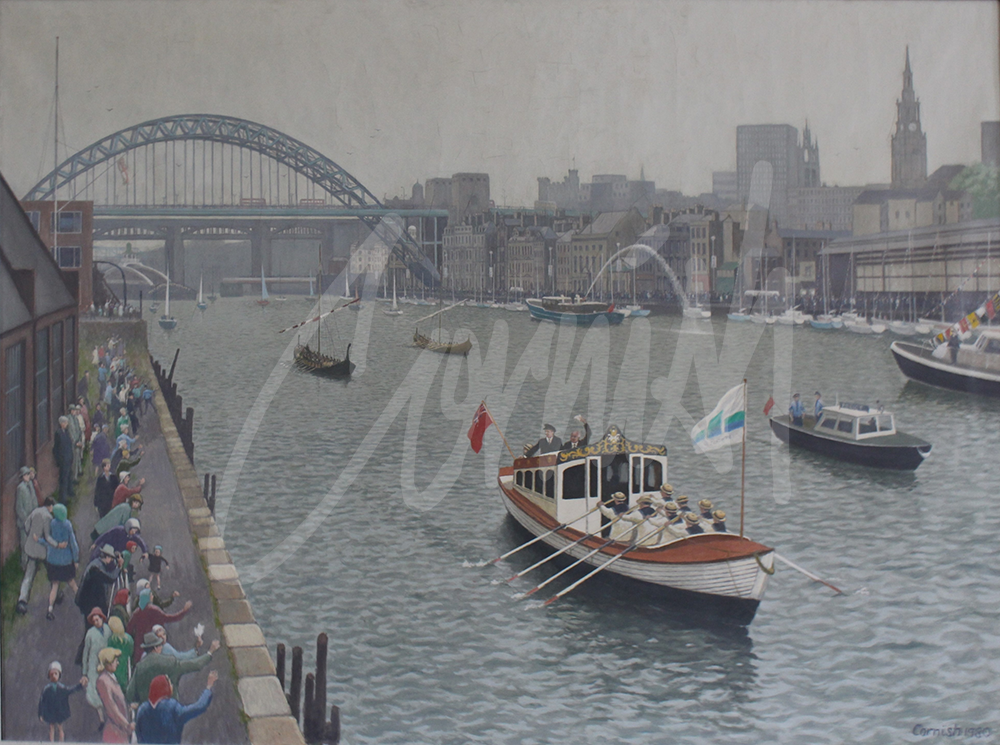