Man at Bar with Dog: A Masterclass in Art Appreciation 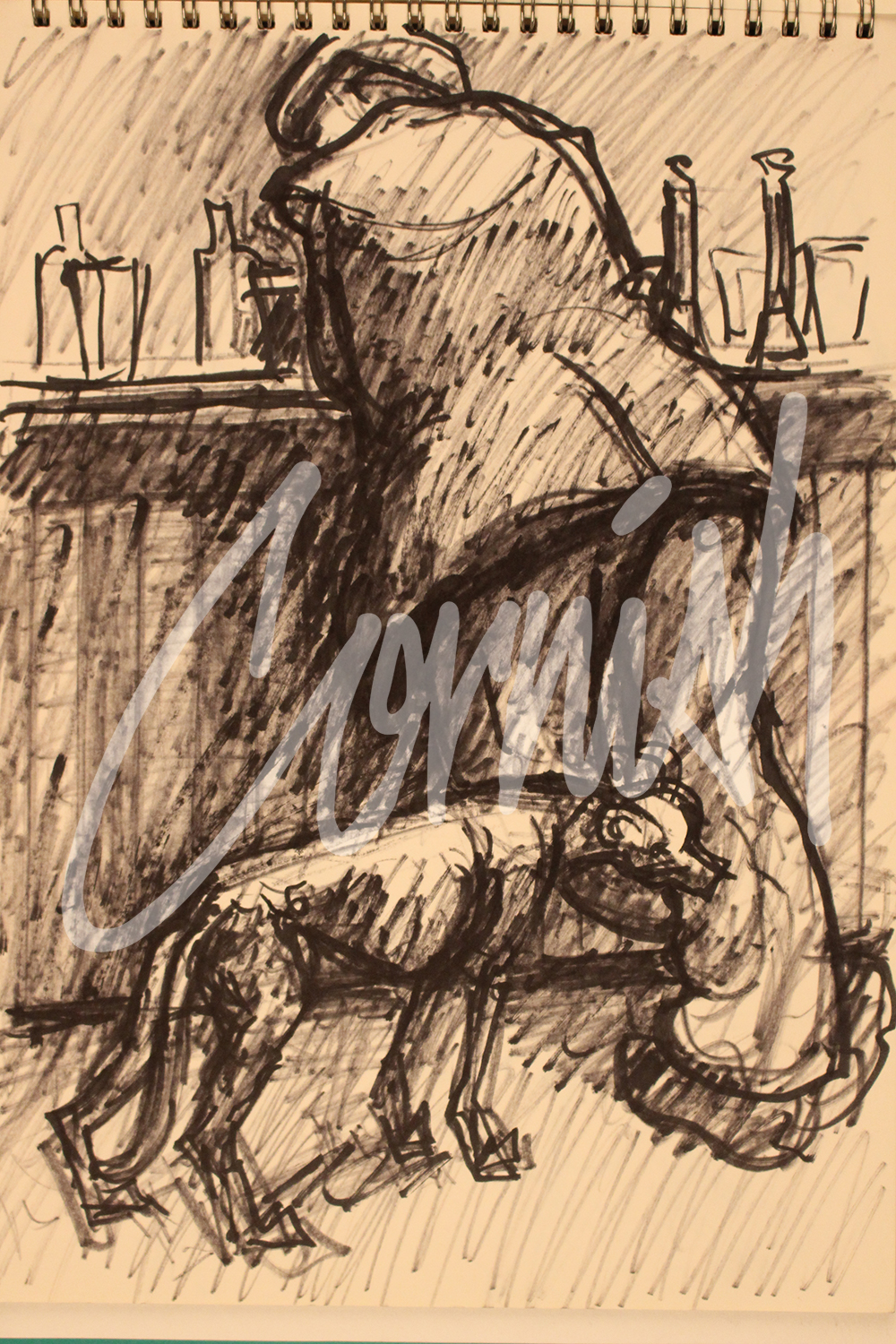 Man at Bar with Dog: A Masterclass in Art Appreciation

This picture had pride of place in the living room at Cornish’s home in Spennymoor. At first glance, this appears to be a relatively simple observation and design.

There were numerous versions completed throughout his career with minor adjustments to the position of the man at the bar, his arm on the bar, and various alignments of the dog’s head and legs. Constantly seeking the perfect composition almost became an obsession for Cornish. At Spennymoor Town Hall, Bob Abley Gallery, there is an hour long documentary (commissioned by Northumbria University many years ago) available to view. During the film, Cornish discusses his life and work with Richard Swallow who only manages four questions in an hour. However, in the visitors’ book, there is a delightful comment from someone who has enjoyed listening to Cornish talk about Man at Bar with Dog.

The visitor wrote: I have just listened to a master class in art appreciation.

Cornish in his own words:

This is more than a man and dog really because the composition is fitted very carefully within a rectangle and my feelings about it are put in that rectangle. First of all the dog and man, well they are both, to be blunt, animal life on this planet. The man is an animal and the dog is an animal too – and funnily enough, very similar, arms, legs, heart and chest. So how do I get that across? Well, I notice that the man is full of curvilinear shapes, and I find that if I start at the right hand side, the man’s coat and bottom of his trousers in a big curve come around it, continue and reverse and come along with the curve of the dog’s chest then down his leg to create a lovely curvilinear shape which is marrying the two figures together aesthetically. Also if you come from left side from halfway up the picture, the middle of the man’s leg is doing the same- which gives great strength. The right lower corner up the man’s shape to the top come to what we know as the golden section- this is a specially sensitive area which people have a feeling of rightness about and can be discussed. Then come straight down the picture and pass something very interesting-down the man’s leg and the dog’s two front legs. These are echoed with the two beer pumps. Not just a man and a dog but an arranged man and dog upon a theatre of operations, that’s how my pictures have been done.

The Man at Bar with Dog appears in many other bar scenes and throughout Cornish’s sketchbooks. Further examples can be found in

Behind The Scenes: The Norman Cornish Sketchbooks available on line at www.normancornish.com 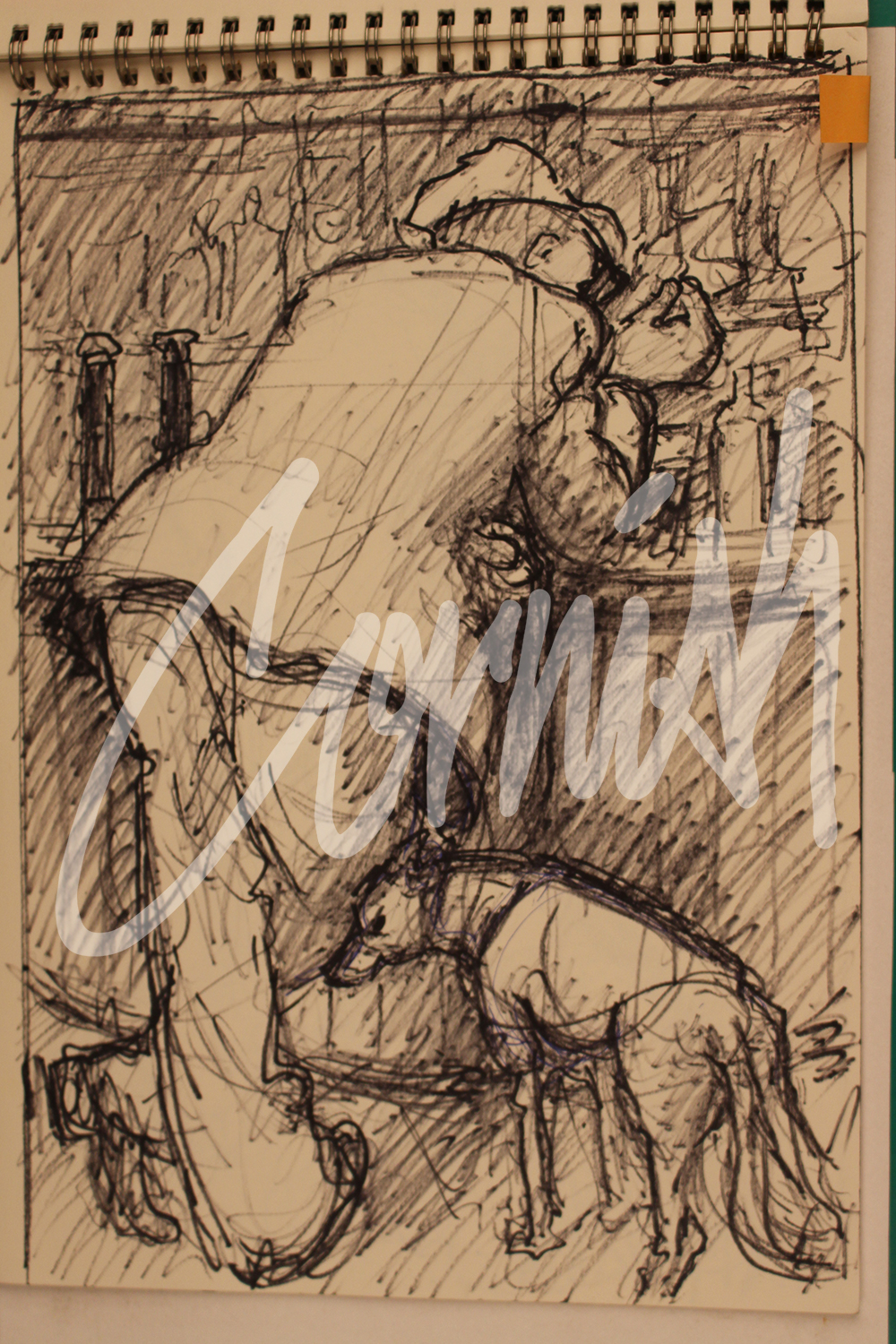 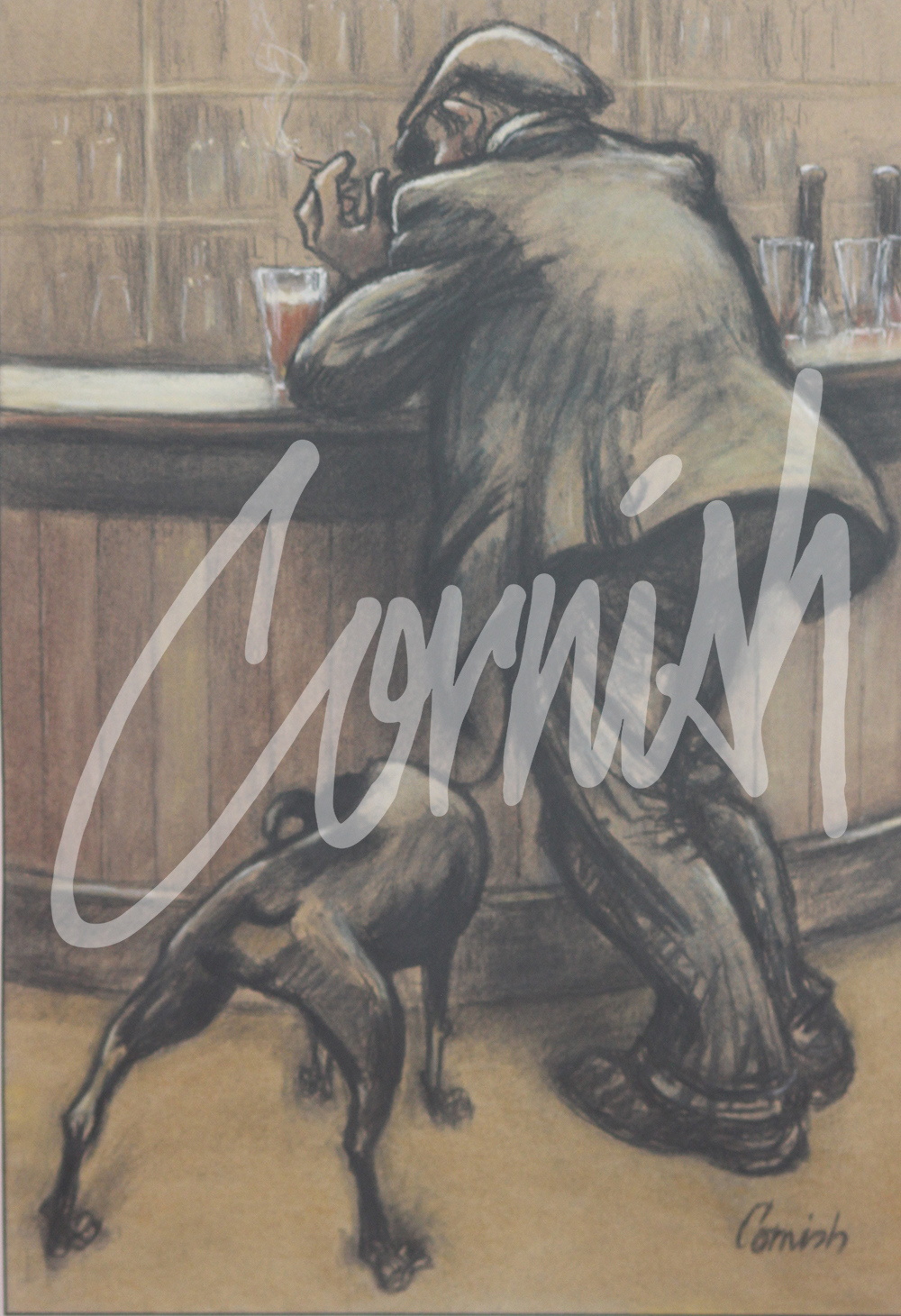 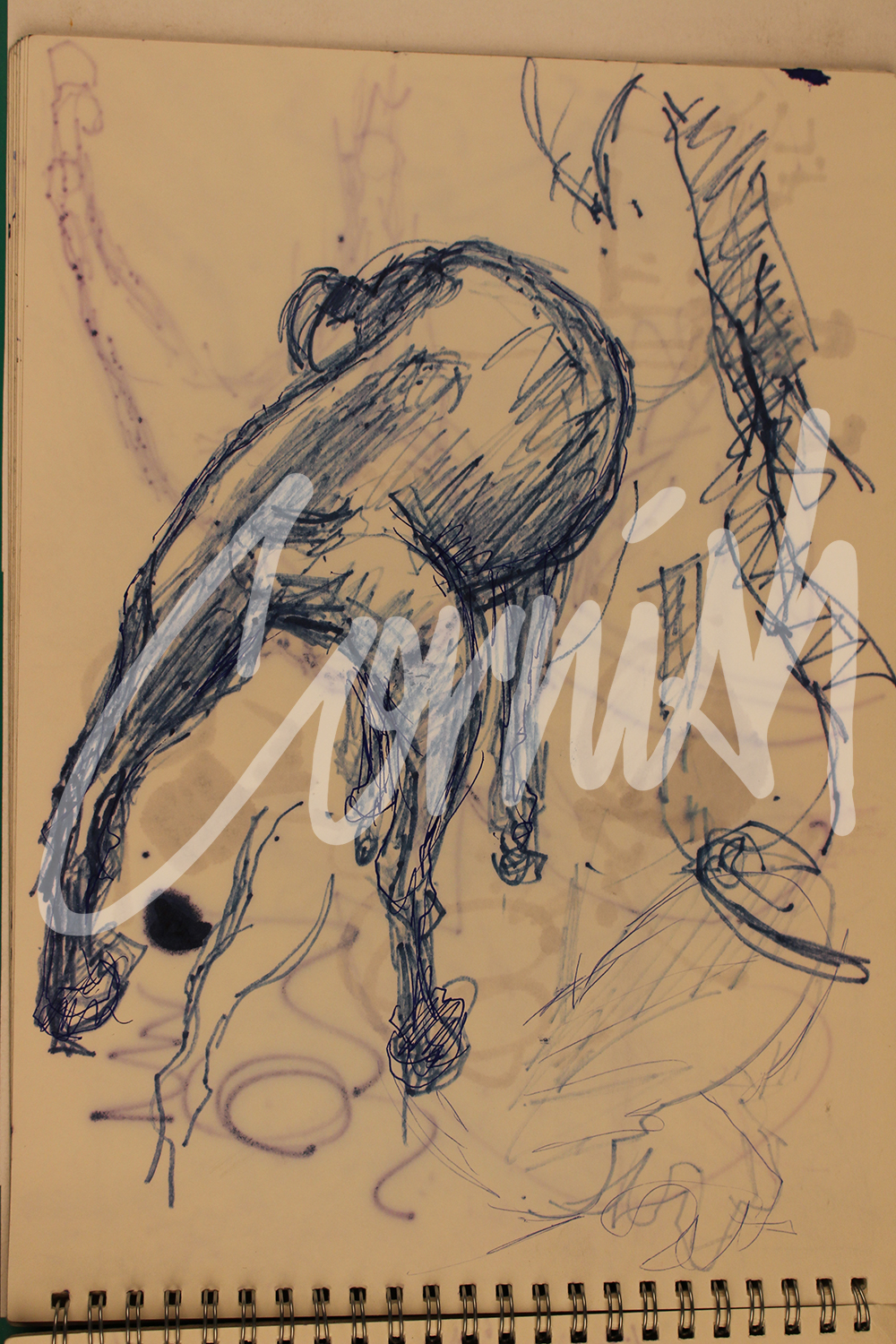