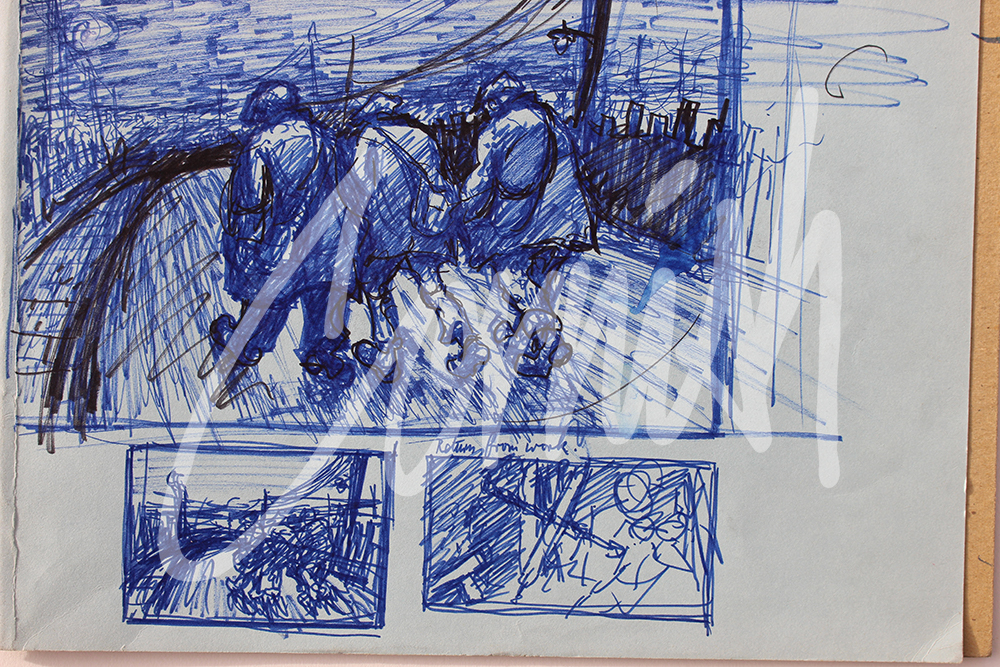 The Pit Road is perhaps Cornish’s most iconic image, often repeated, with numerous variations throughout his career. Cornish started work on Boxing Day 1933 and walked the pit road every day for the next 30 years. The journey began as he left the front door of his home at Bishops Close Street and continued immediately through the tunnel under the railway line and onward to the pit. It was a journey of three miles each way, which he travelled along with hundreds of other men, in all weather conditions, and at different times of the night and day. Within five miles of Dean and Chapter Colliery there were some 135 collieries at various stages of working, closing and re-opening. The impact of the environment was pervasive.

The pit road provided everything Cornish needed for inspiration:

“After walking along this road, winter and summer, it naturally becomes a significant part of one’s life. To watch the man ahead of you plodding resignedly through this man- made world is a subject which demands to be drawn again and again.”

The dip in the path, depicted in some versions of this subject, was caused by subsidence owing to underground workings shortly after Cornish started work in 1933. The painting is graphically accurate except for the colliery itself which he has moved to the right for reasons of pictorial composition.

Cornish found huge symbolism in the many shapes encountered on his three miles walk to work. He often said that the men were treated like slaves; telegraph poles along the route reminded him of crucifixes and on every one of them was a miner hanging crucified.

“One wonders with the passing of time, when no present-day pitheads actually exist, if pictures of them might one day be thought of as picturesque and as socially significant as old windmills.”

Behind the Scenes: The Norman Cornish Sketchbooks, contains a chapter which appraises Cornish’s work in the context of life in the Durham coalfield. There are 58 drawings and completed works showing the variations in this iconic image, along with carefully selected quotations which disclose his personal thoughts and the challenge of being caught between two very different cultures – coal production and aesthetics. 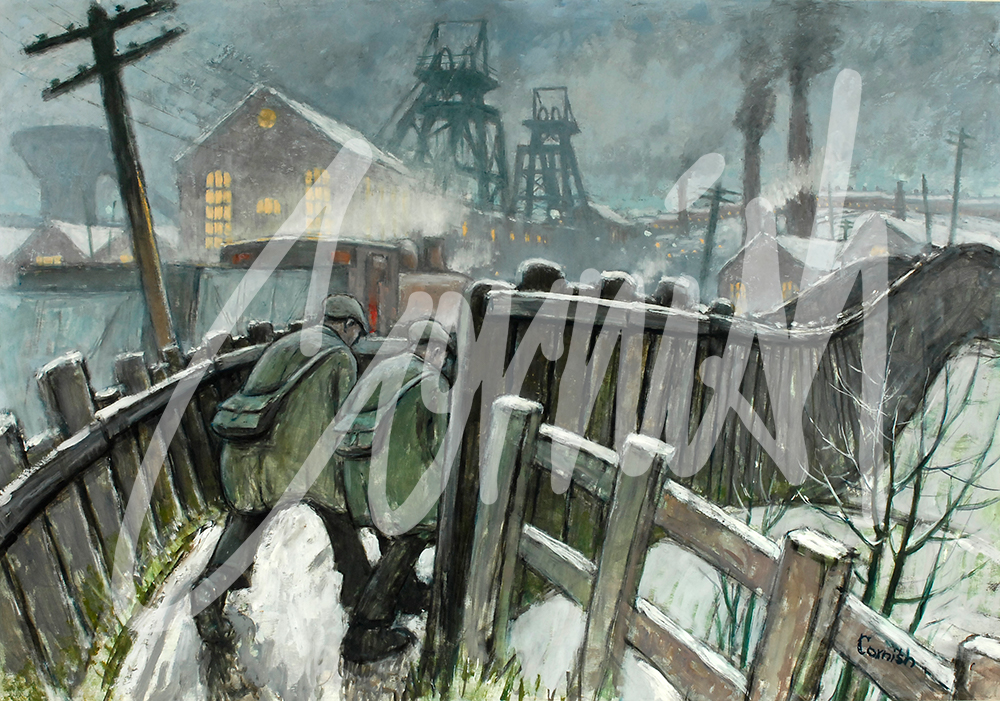 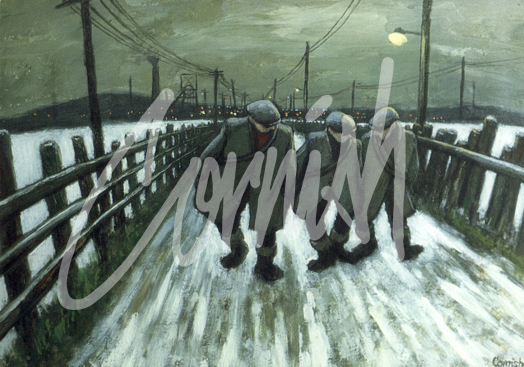 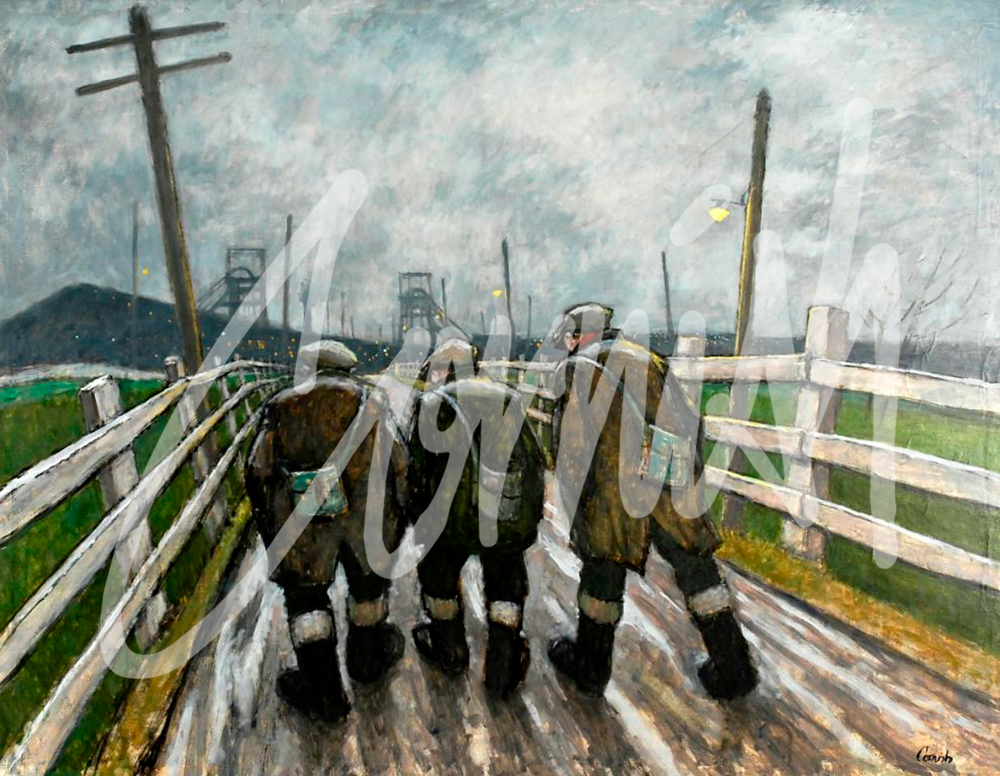