The Norman Cornish Studio: Behind The Scenes 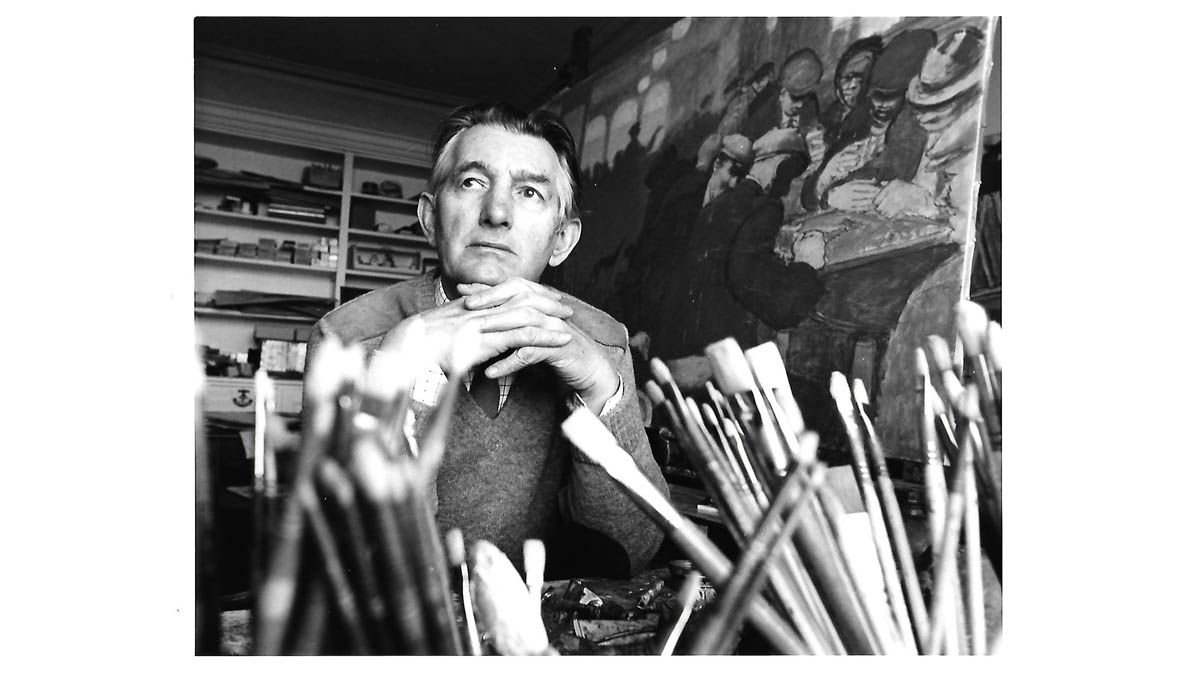 In 1967, Norman and Sarah moved from Bishops Close Street to a larger house on nearby Whitworth Terrace - formerly a Methodist Manse. The upstairs office, which had a north facing window providing consistent natural light, became Norman’s studio.

Another room was used for storage of framing materials, boards and canvases, whilst a downstairs room contained a second easel for larger works and a Morso frame moulding cutter. For many years, Norman mounted and framed his own work.

Norman and Sarah’s home in Whitworth Terrace was visited by many famous actors, authors, broadcasters, dignitaries, politicians and television crews. As his reputation grew, the studio became the venue for discussions about his work. On one occasion, Norman was contacted by The Contemporary Art Society based at the Tate Gallery in London. They requested a visit to meet Norman and view his work and studio. On the arranged day, and much to his surprise, over forty visitors arrived by coach to ‘meet the artist’ and see examples of his work.

The accompanying studio images provide a fascinating insight into the creation of Norman’s art. He often put aside unfinished work to quickly capture another scene that had come to mind. His enthusiasm for recording his world is demonstrated by the quantity of incomplete works he left behind. Prior to Norman’s death in 2014, his Whitworth Terrace studio was gifted to Beamish Museum along with many unresolved works. The studio is currently on loan to Spennymoor Town Council where it forms the centre piece of The Coming Home exhibition at The Bob Abley Gallery in Spennymoor Town Hall.

30 images have been blended to enable you to view the studio, look closely at some of the materials he used, identify two of his visitors and look at how Norman developed a painting of ‘A Bar Scene’, photographed at different stages over two months in 2008.