The View from the Studio

Artists usually consider the location and aspect of their studios to ideally capture natural light from north facing windows. LS Lowry (1887-1976) was an exception. He usually painted after 10pm in his ‘workroom’ until the early hours, with nothing other than an electric light.

Edouard Manet (1832-1883) provided a different approach with ‘Rue Mosnier with Flags.’ It was painted during a national holiday on June 30th 1878, which was a ‘Celebration of Peace.’ The painting depicts the scene from his second floor studio window during a holiday afternoon.

When the Cornish family moved to 67 Whitworth Terrace, Spennymoor, in 1967 Cornish acquired a suitable room as a studio that had originally functioned as a Methodist Minister’s office. The studio had two windows providing natural light with one of them facing north, thus avoiding direct sunlight. Downstairs, an old ‘front room’ became a second studio space which included a Morso frame cutter, storage for materials and two easels on which larger works could be placed.

The front room also provided a window on the world passing by and another opportunity to observe his slice of social history in the area. People pushing prams became an irresistible subject for Cornish as an artist. The telephone engineer ‘up the pole’ was observed from the north facing window at the rear of the upstairs studio, and was clearly another activity of interest worthy of his attention.

Cornish was reluctant to own a telephone and it was only towards the end of his professional career that a telephone was installed in home. The reason was that he objected to being disturbed during periods of intense and focussed concentration. However, he always personally responded in depth to written enquiries and the recipients of letters have often retained this correspondence with pride, as a little piece of art history.

University Of Northumbria and The Permanent Collection

Norman Cornish first exhibited at Northumbria University over 30 years ago in 1989 and the relationship between Cornish’s family and the university continues to develop.

In December 1991 the first painting by Norman Cornish gifted to The Permanent Collection was donated by Bill Mallabar: Pit Road with Telegraph Poles

‘Gifted by William Mallabar in memory of his mother Margaret Mallabar’ accompanies the work when it is exhibited.

Bill Mallabar became a friend of Cornish and he printed and published Cornish’s autobiography ‘A Slice of Life’ in 1989.

This was the beginning of the Permanent Collection of works by Norman Cornish that have been donated by individuals and families for the ‘wider public benefit’. The paintings are occasionally loaned to other galleries in the region and beyond to support exhibitions. The paintings and drawings are correctly stored to meet exemplary standards in climate conditions and security.

The Permanent Collection also includes ten works bequeathed by the artist in 2002 as recognition of the enduring strength and significance of the relationship between Cornish and the university.

The university supports other links with The Norman Cornish Estate Including:

What should I do if I have something which may be of interest?

If you are interested in donating work by Noman Cornish to the Permanent Collection at Northumbria or placing works on long term loan, then please contact: Jean Brown This email address is being protected from spambots. You need JavaScript enabled to view it.

Director of the University Art Collection 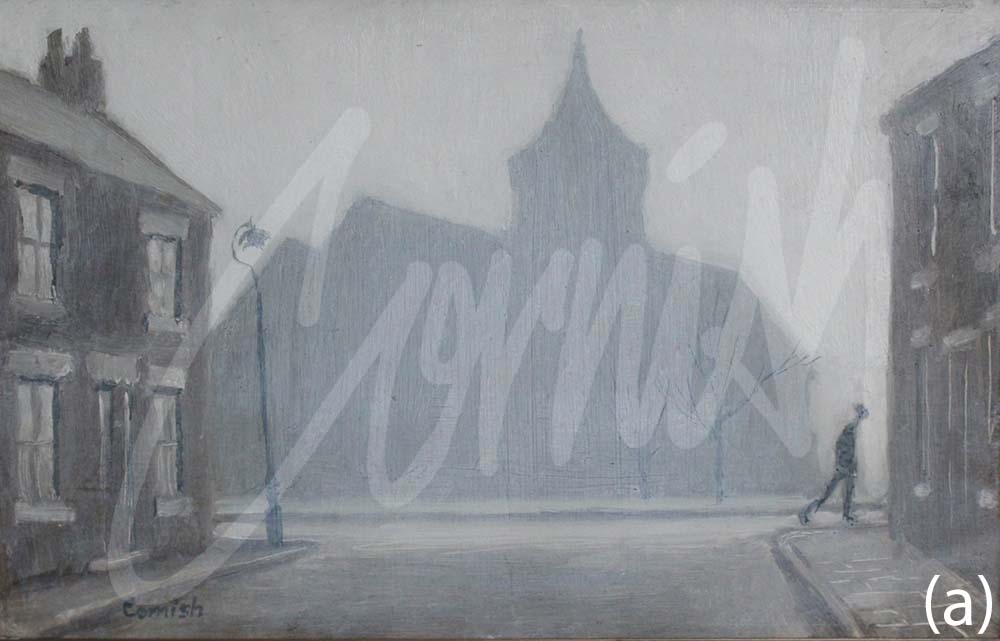 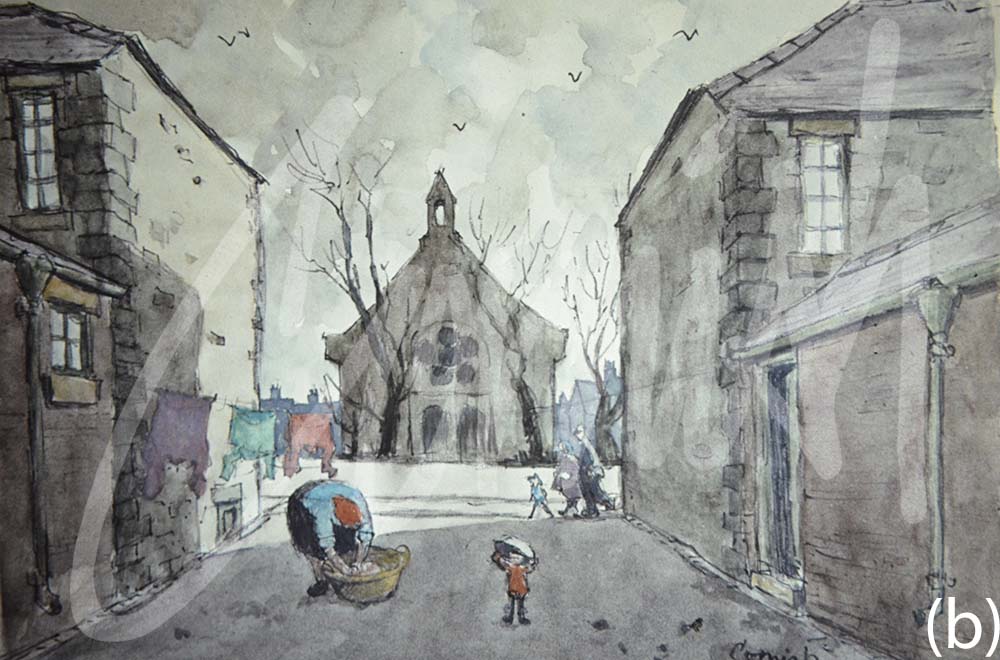 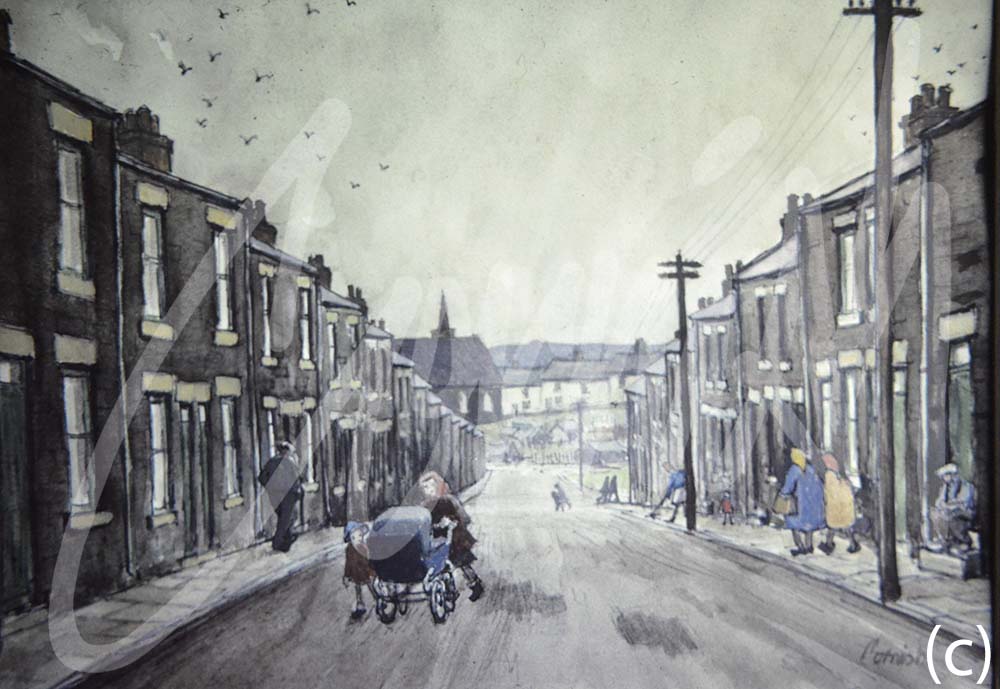 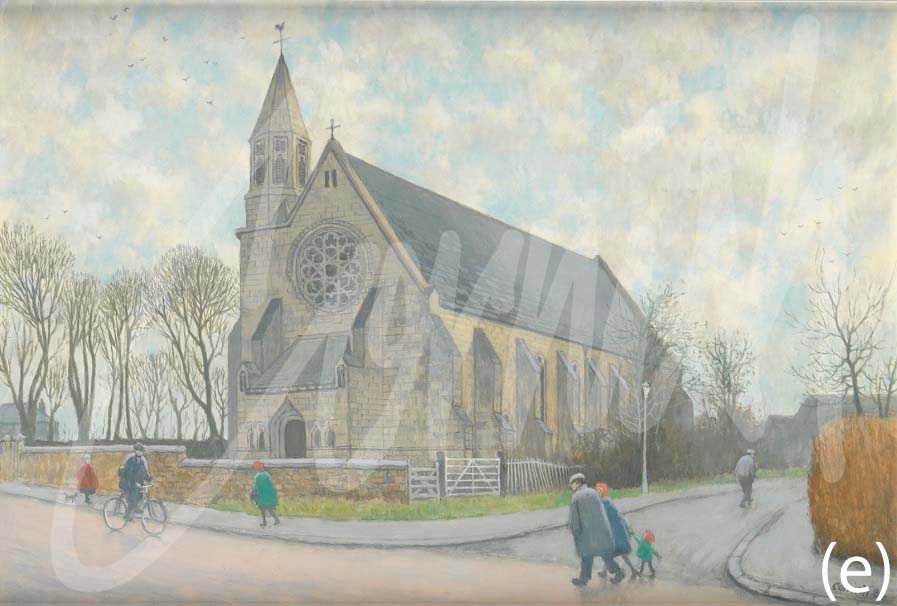 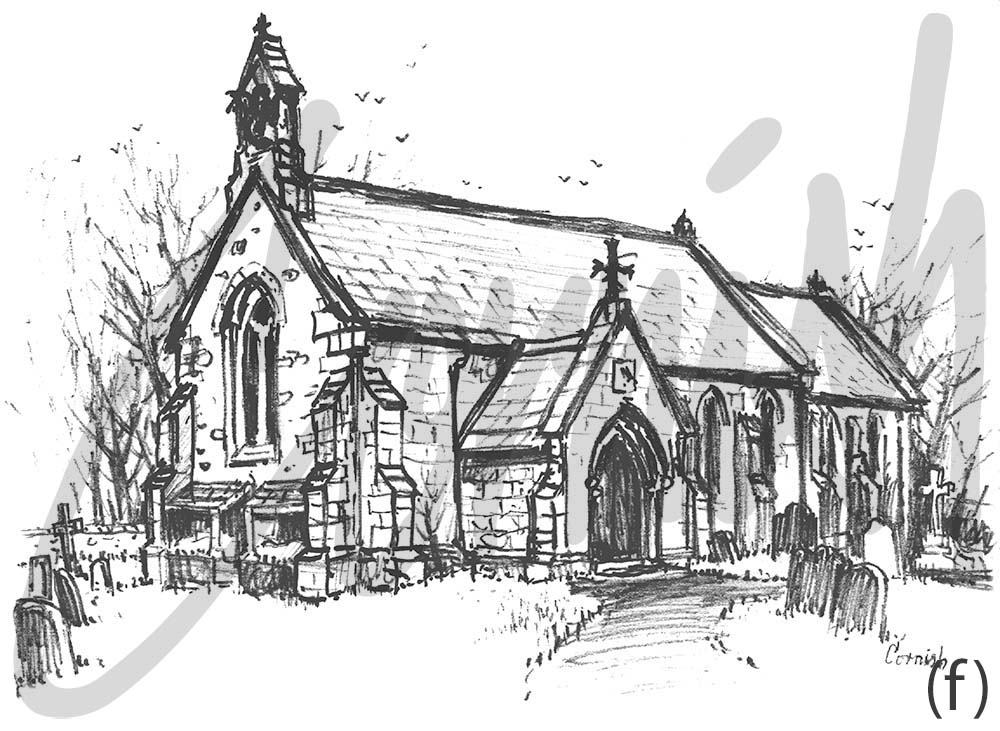 When Cornish lamented the gradual decline of the collieries, the pit road, pubs, chapels and many of the ordinary but fascinating people, we remain grateful that his ‘slice of life’ has provided a remarkable social record of those past times. His work is sometimes referred to as ‘social realism,’ and his attention to the humble and mundane activities of everyday life appears in so many of his street and bar scenes.

He walked to work every day to the Dean and Chapter Colliery at Ferryhill for almost 30 years: a distance of three miles in each direction. Occasionally his friend Jack Savage would give him a ‘run out’ in his car to some of the outlying villages in search of additional subject material. This was very fortunate for an artist who was unable to drive, and who also had no desire to learn to drive. In hindsight it was a blessing in disguise because he would have been unable to concentrate with so many interesting distractions appearing during a journey! Coincidentally, using public transport to visit places further afield also presented other opportunities and some examples are included here today.

Whenever he had to travel to Newcastle to visit his agent, Mick Marshall, at the Stone Gallery, Cornish would catch the OK bus which started its journey in Bishop Auckland and then on to Marlborough Crescent bus station in Newcastle, via Durham City. People at bus stops along the route became an obvious subject of interest and some readers may recognise the bus stands from North Road in Durham City. A scrap of paper on one occasion from the Evening Chronicle, a Newcastle newspaper, provided an opportunity to ‘snatch’ a preparatory sketch. Working men with ‘bait bags’ were ubiquitous and another source of interest. The view from a bus was also the opportunity for a different view point.

Cornish possessed a deep understanding of human behaviour and social interaction. He recorded local people going about their daily tasks, living real lives. Sometimes the drawings would become paintings and on other occasions would be included in the many street scenes synonymous with his work. Throughout his career he was conscious of his contribution to a sociological and historical record of people and places, in his ‘slice of life.

This month we are delighted to celebrate six years since the opening of the ‘Coming Home Exhibition’ which has been enjoyed by over 17,000 visitors from all over the UK and beyond. The exhibition is accessible and located in the Bob Abley Gallery at Spennymoor Town Hall.

This popular exhibition also includes Cornish’s studio on long-term loan from Beamish Museum as well as works at various times from the Permanent Collections at Northumbria University and Spennymoor Town Council. Rare video material is also available to view, including a memorable discussion between Cornish and Richard Swallow of Northumbria University, although only four questions were possible in sixty minutes!

A selection of visitor comments:

‘Many congratulations to Spennymoor on this alternative, imaginative and very interesting set of exhibitions. We visit galleries around Europe and this is a unique and clear experience.’

‘The interview film was worth the trip alone. Fascinating.’

‘Seeing the studio was a lovely addition. It made me feel a strong nostalgia. The whole exhibition gave me a strong sense of pride.’

’A Rembrandt of the North East.’

Visitors may also enjoy the Norman Cornish Trail which starts and finishes at the John Kitson Archway where a selection of Cornish’s images, wonderfully illuminated on glass panels, can be viewed. Here you can collect a free souvenir brochure guide or download a version at www.normancornish.com/trail

The Durham Mining Museum is also located within the Town Hall building at ground level.

A selection of work by other artists from across the region, adopting the theme of social history, is also located in the Town Hall Gallery.